Travel to the Uco Valley’s vineyards

Argentina is an extremely diverse country. From the glaciers of Patagonia to the deserts of Salta, this country offers many different stunning landscapes and cities over a large area. But there is something that firmly unites the whole country and its people — the wine that is loved by all Argentines. So beloved that it was recognized by the government as the official drink of Argentina.

The phenomenon of the mendoza region

In the center to the west of the territory, at the foot of the Andes mountain range, Mendoza owns 75% of all the vineyards in Argentina and the largest number of wineries in the country. This makes it the most important wine province and one of the main production centers in the world.

The highest peaks of the Andes are located in Mendoza: Aconcagua at 6,962 m is the highest peak in the Americas. The presence of the Andes, which act as a barrier to the humid Pacific winds, as well as the distance from the Atlantic Ocean, shape the climate, creating ideal conditions for growing vines.

The altitude, continental climate, heterogeneity of the soil, and the melting of the snow are the key factors for the production of excellent wines that represent the tradition of Argentine winemaking.

The territory of Mendoza can be divided into five major sub-regions, which give the varieties their special characteristics: The Uco Valley, which includes the departments of Tunuyang, Tupungato, and San Carlos; the Primera Zone, which includes the departments of Lujan de Cuyo and Maipu; the Northern Oasis (Lavalle and Las Eras), the East (San Martin, Rivadavia, Junin, Santa Rosa, and La Paz) and the South (San Rafael, Malargue and General Alvear), covering almost the entire geography of the province.

The high degree of development of viticulture, combined with modern research promoted by a new generation of producers, has led to the identification of microregions with different terroirs, reflecting the diverse nature of Argentine viticulture. It is in the Malbec variety that this quality is most appreciated.

Mendoza is the main producer, accounting for 20% of the total Malbec area in the country, although Bonarda, Cabernet Sauvignon, Syrah, and Tempranillo also stand out among the predominant varieties.

Climate features and winemaking traditions of the uco valley 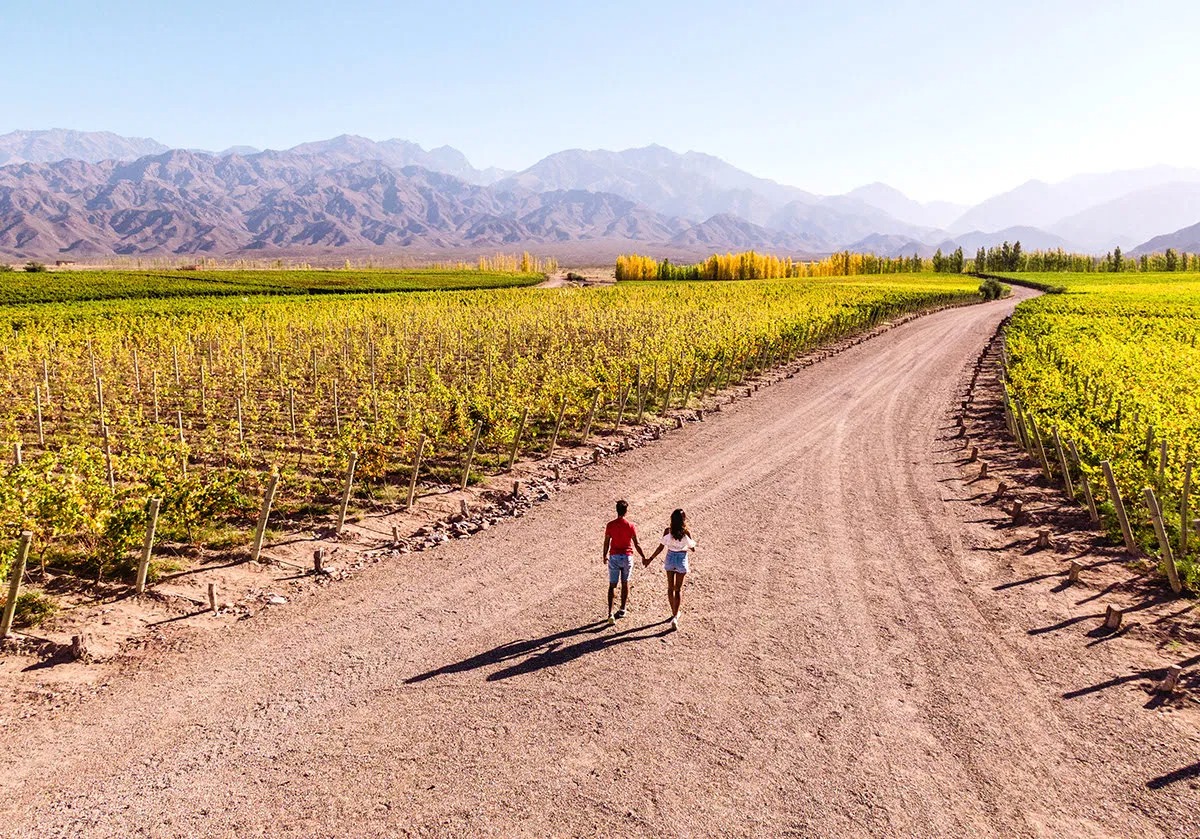 South of Mendoza, the Uco Valley offers spectacular views and premium wines. Vineyards and wine cellars lie literally at the foot of the Andes at an altitude of up to 1600 meters. Blue lakes, green vineyards, and the Andes represent the luxurious nature in sub-regions such as Tupungato, Gualtallari, and Tunuyang.

Due to the altitude, the climate there is cooler, with an average temperature of 14° C. The wines have high acidity, intense and strong taste. Many wineries have their own vineyards here and the popularity of this region is growing.

The Uco Valley is located 100 km south of Mendoza, about an hour and a half away. The vineyards in this area are planted at a much higher altitude in the foothills of the Andes. In fact, it is one of the highest mountain wine regions in the world, where many vineyards are planted at an altitude of 1200 meters and above.

At these high altitudes, Malbec grows excellently, but other grape varieties, such as Tempranillo, Pinot Noir, and Merlot, also grow very well. As Mendoza's newest wine region, it is becoming increasingly popular and growing rapidly. A unique combination of sandy and rocky soil, an average altitude of 1000 to 1200 meters above sea level, and an ideal climate - all together creates a perfectly balanced wine.

Over the past decade, the Yuko Valley has become home to many famous wineries thanks to its top-quality vineyards. In this sun-drenched valley, high-altitude vineyards and various varieties thrive, and its unique geological composition gives winemakers an incredible set of opportunities to grow and get results. Now the Uko Valley has become synonymous with quality. 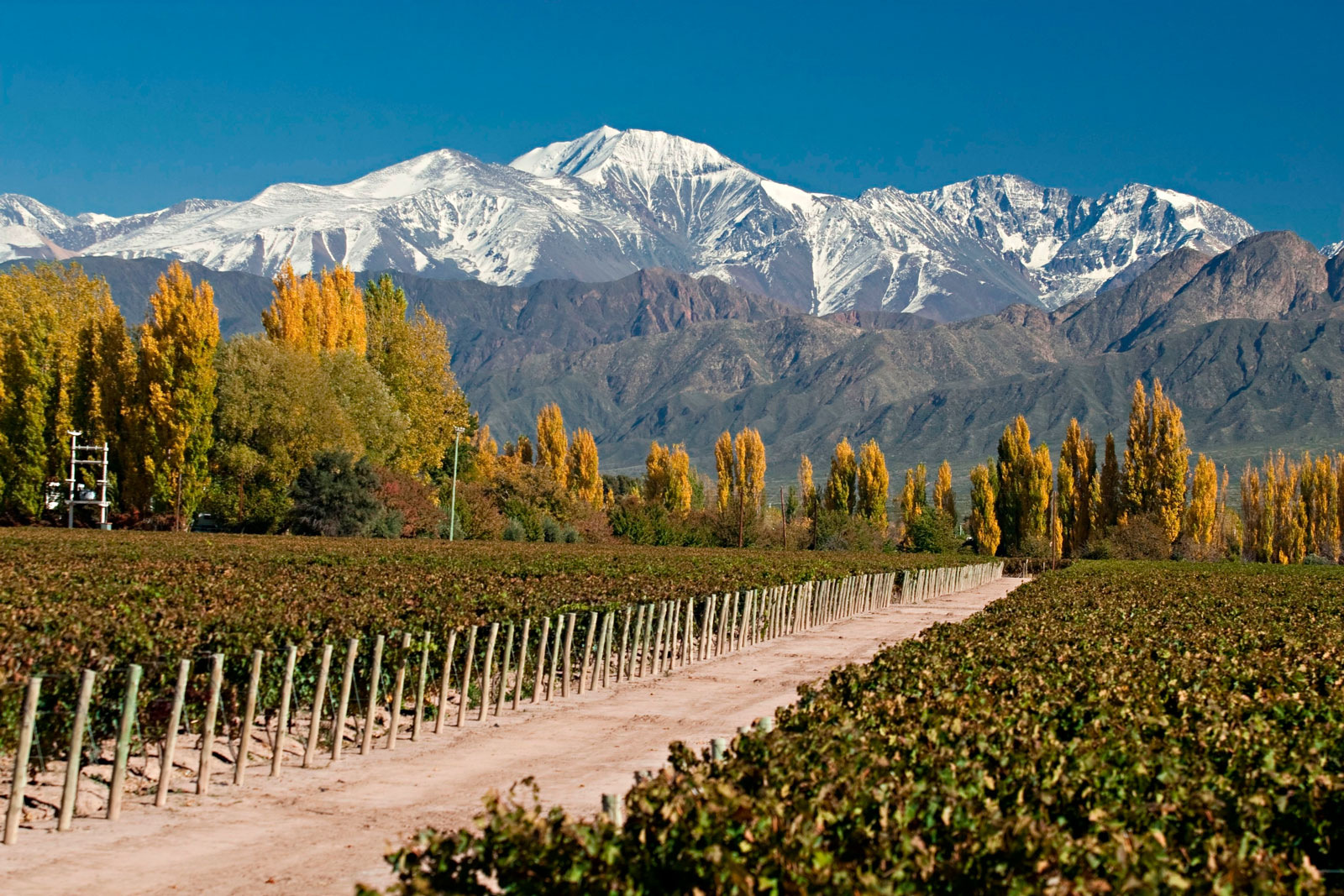 Take a stroll through the Vinos de La Luz vineyard at sunrise and you can see the silvery moon sinking as the dazzling golden sun rises to melt the snow-capped mountain peaks.

The only sounds are the crunching of the gravel soil of the vineyards underfoot, the singing of birds, the occasional barking of a dog or the neighing of a horse, and the whisper of grape leaves in the wind. This is the gentle, beating heart of the Uco Valley.

A picturesque valley with desert to the south, small hills to the north, and an arid riverbed on the eastern border. The Uco Valley is an impressive landscape with large skies, charming plantings, small hotels, and enticing restaurants. You can come at any time of the year, but autumn is especially beautiful: the vines and trees take on shades of reddish-brown and gold.

The vineyards are located among the breathtaking paintings of nature, similar to the masterpieces of famous artists, where the best wines of Argentina from the brand Vinos de La Luz are created, among which is Iluminado Paraje Altamira. 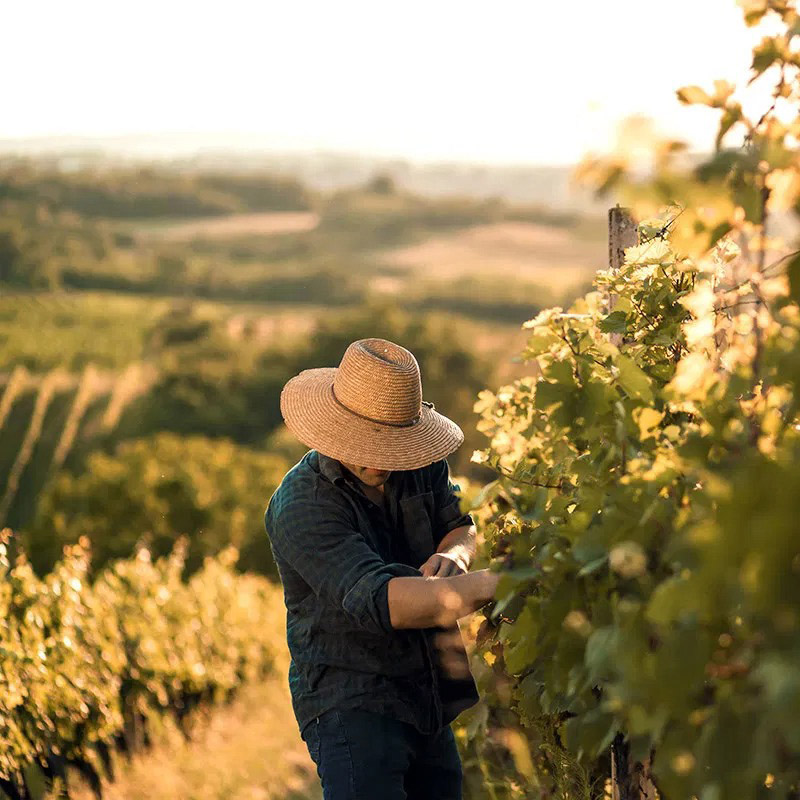