Since February 24, 2022, the war unleashed by Russia continues in Ukraine. Military operations are accompanied by a huge number of victims and large-scale destruction. Not only military or strategic infrastructure objects are under fire, but also residential buildings, hospitals, schools, universities, museums and, unfortunately, wineries and vineyards. The Russia-Ukraine war had a significant impact on Ukrainian winemaking. It is very dangerous to work in the vineyards, almost all the wineries in Ukraine have stopped their activities. Some wine regions have been occupied, destroyed or are in a war zone.

When Russia annexed Crimea in 2014, all winemakers were shocked, as about 60% of Ukraine's vineyards were situated in Crimea. This was and is a serious blow to the industry, from which enterprises, winemakers, and consumers had to retreat for a long time. But over the past 3 years, the market has begun to change dramatically. First of all, the tastes of the client changed. He became more inquisitive and he wants to drink a good alcohol, he is interested in eno- and gastro-tourism and wishes to find a good quality Ukrainian wine. Seeing the market trends and the tastes of the client, the Ukrainian winemaker is also changing. Both big and small producers want to make high-quality and competitive, on the world market, wine. Moreover, recent years have been marked by the explosion of micro winemaking or so-called garage winemaking. All this indicates that Ukraine is entering a new round of development. This period can be compared with the development of winemaking in Argentina in the 80s. I will correct my words. Ukraine was entering a new stage in the development of winemaking until February 24, 2022.

After the beginning of the war in Ukraine, many winemakers joined the Territorial Defence ranks of their native regions. Everyone was able to defend their home, regardless of previous experience and the ability to hold weapons, since war is not only military operations, but also participation in various processes and the establishment of many links in one chain. Therefore, being winemakers, many by their own began to fulfill new duties.

For example, Anna Gorkun, founder and CEO of 46 Parallel, together with her team prepare hot meals for our defenders and for everyone who needs it. Sergey Stakhovsky, winemaker, creator of the Stakhovsky Wines brand, professional tennis player, first racket of Ukraine, joined the Territorial Defense to patrol the streets of his native city. Pavel Magalyas, a winemaker from Mykolaiv region, owner of the Olvia Nuvo winery, having professional military experience, being a sapper, is engaged in demining fields and vineyards, which, unfortunately, are generously littered not with crops, but with rockets and mines thrown by the Russian aggressor.

Each day, we receive from all parts sad news about vineyards, productions, warehouses and, unfortunately, about winemakers. I want to express my condolences to the family and friends of the winemaker, experimental technologist Serhiy Zolotar, who showed and proved that vineyards can grow not only in the south of Ukraine, but also in the north, in Chernihiv region.

It is already known that the wineries of Kyiv and Kherson regions, Chernihiv, Mykolaiv and Odesa regions suffered because of the war. The Gostomel Glass Factory, which supplied the needs in bottles of many local wine producers, was destroyed. The Russian bomb also destroyed the warehouse of wine importer and distributor WineBureau, which owns Europe's largest liquor store, GoodWine. The supplier's losses are evaluated in about 15 million euros. The successful cider production @BerrylandCidery has also been completely destroyed.

The devastating consequences touched a lot of many family wineries - Chateau Kurin in Kherson region, Cassia Wine near Kyiv, SliVino in Mykolaiv region. I would like to tell you more about them. Now they are in a difficult situation because of the war, but we altogether can help. In these difficult times, it is very important to support those who share common values and need help. The details below. 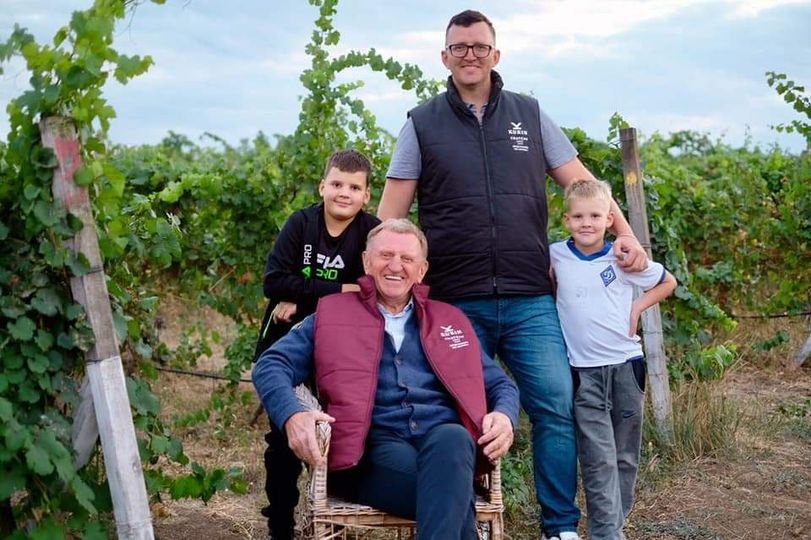 In March, in Kherson region, the invaders barbarously destroyed the Château Kurin winery. First it was looted and then completely burned. Before all the premises were burnt, there was stolen all the equipment, including laptops and corporate phones. All products were drunk and stolen. Thousands of bottles of wine.

Fortunately, its owners, the Khalupenko family, were lucky to survive. A few days ago, the owner of the Château Kurin winery posted a photo of a totally burned degustation hall and the piano that used to accompany degustations with the music. Just imagine how people feel when they see the ashes on the site of their house! A senseless war crippled the fruits of many years of inspired work.

The family winery Château Kurin has been occupying a worthy place among wineries in the south of Ukraine for more than 20 years. It owns about 50 hectares of vineyards on the southern slopes.

The main varieties grown by Château Kurin Winery are Chardonnay, Riesling, Irshai Oliver, Traminer, Rkatsiteli, Muscat, Cabernet Sauvignon and Saperavi. A team of 9 people work in a family spirit to produce, distribute and promote an exclusive selection of over 20 wines. There is a motel, a cafe, a mini-zoo, recreation areas on the territory of the household.

Château Kurin is a true winery in the ideal sense of the word: it is a family winery where the whole Khalupenko family lives and works, putting soul and philosophy into every bottle of wine they produce. The example of Château Kurin winery shows that it is possible to show amazing results as a small winery. The main thing is to show diligence and ambition, add a strong vision and a good dose of Kherson emotionality. And, of course, the family is important, that fully supports the owner and father Denis Khalupenko and the Château Kurin Company - future generations that will be able to continue the family tradition. Painstaking, precise and attentive work is able to reveal all the magnificence that has Ukrainian soil and give it to the whole world.

Denis Khalupenko dreamed that tourists from all over the world would come to the hotel, which they built at the winery, taste wonderful wine and admire the endless steppes of the Kherson region.

Now the Château Kurin winery is destroyed and looted. However, I am sure that after the war the winery will be rebuilt, and all the ambitious plans of its owners will be realized. And we can help to implement these plans! On the Instagram page of the winery, Denis Khalupenko posted a bank card number for everyone who wants to help revive the Kherson winery: @family_winery_kurin.

Chateau Kurin also asks winemakers and sommeliers in foreign countries: “We need help with the old winemaking equipment (press, crusher, pump, bottling line, barrels and vinifiers) if you can share some of these, please, write to us at helpkurin@gmail.com". 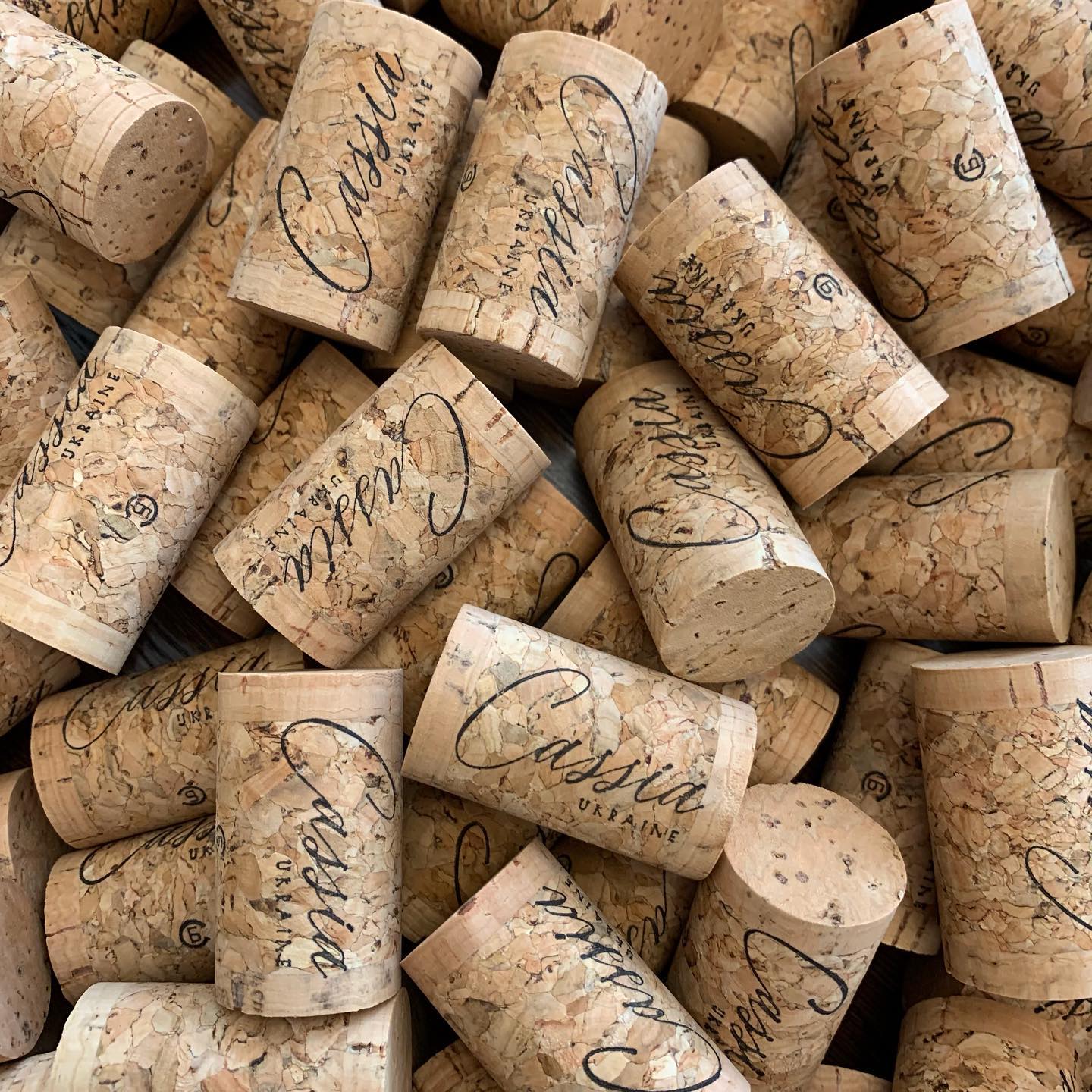 The territory of the Cassia family winery near Kyiv was hit by a missel. The windows in all the house are broken. The upper part and the roof of the building was badly damaged. Since the beginning of the Russian invasion in Ukraine, the Cassia winery has been hit twice. Fortunately, the owners of the winery left before and now are alive, healthy and safe.

The family winery "Cassia" is located in the village Mila, Bucha district, Kyiv region. It was founded by Mykola Kasyanenko and his son Volodymyr in 2015. The main premises of the winery is the family's own house.

The Cassia vineyards are located in Odesa region. Also, the Kasyanenko family uses oak barrels produced in Ukraine, in Zhytomyr region. Among the white wine varieties of Cassia stand out Riesling and Chardonnay, and among the red varieties - Cabernet Sauvignon, Merlot, Odesa Black, Pinot Noir. The volume of production per year before the war was about 2 thousand liters.

The interesting style of Cassia wines and the stunning location makes the winery an attractive place for wine tourism lovers. 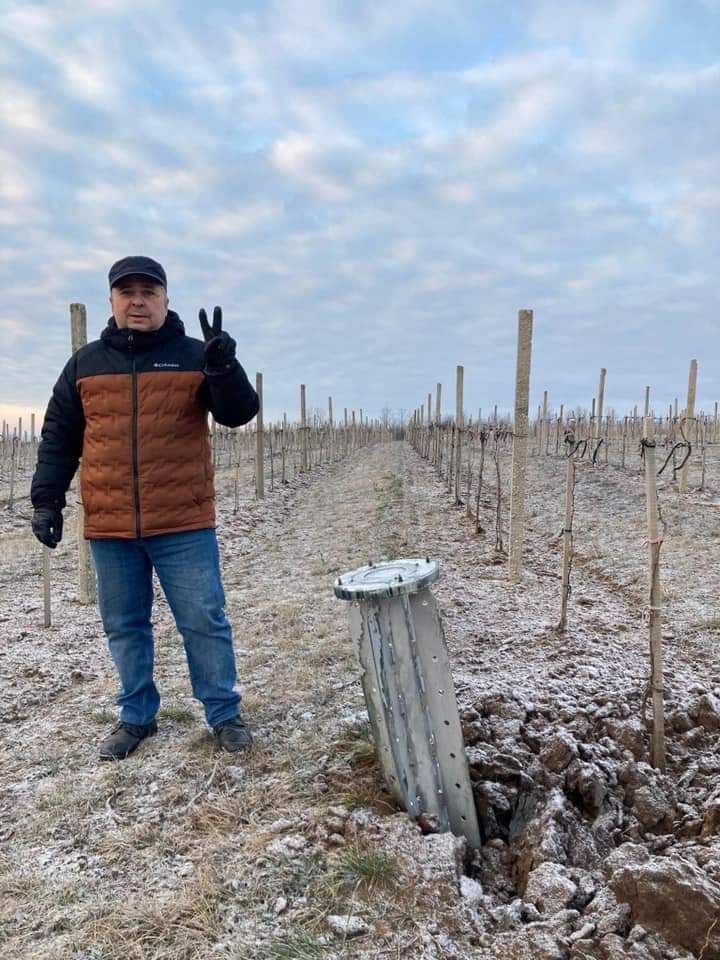 The war did not pass by another family winery in Mykolaiv region SliVino Village. The Molchanov family painstakingly revives history, follows traditions and honors the terroir. But one day starts the Russian invasion of the territory of Ukraine, the chaotic firing from the invaders begins, and after one of the attacks, the Molchanovs find an unexploded shell in their vineyard, which could cause a disaster. But fate ordered otherwise, and the photo with this missel in the middle of the vineyard and the winemaker Georgy Molchanov standing nearby is spread around the world becoming a symbol of the struggle and victory of the rational over the irrational, the light future over the dark past. 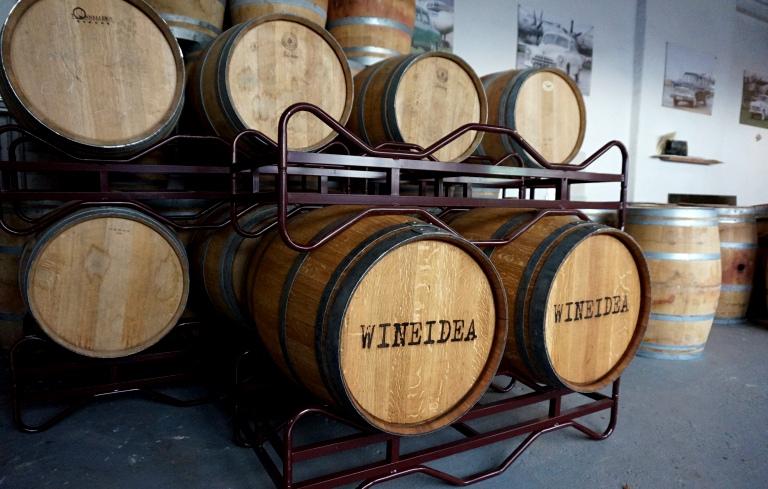 Another winery in Kyiv region in the village of Yasnogorodka was less fortunate. All the shells launched by the bloody aggressor in the direction of the WineIdea family winery, unfortunately, reached the target. WineIdea is not just a family winery, it is a family eco-park, a whole tourist complex, which included a hotel, a restaurant, an ostrich farm and much more. As of today, the complex has been almost totally destroyed, the buildings have been bombed, the animals have been killed. The good news is that the owners are alive, having managed to leave before the start of active bombardments. Another good news is that the cellar with wine has survived as well!

While I was writing this article appeared another totally unbelievable news. The President of the Association of Sommelier of Ukraine Ivan Bachurin had spent 28 days under occupation. He has his own wine production, the name of the winery is Chateau Bachurin&Sons and just few days ago he finally wrote a post in his page on Facebook that he and his family are alive, they survived under occupation, without electricity, heating, gas, water but with daily communication with the armed Russian occupants.

The owners of the "Wine Bar" in Kharkiv created the project Wine Futures from Ukrainian wine producers. And now everyone can make their contribution to the victory of Ukraine and support the future of Ukrainian wine. All you need to do is to fill in the form and choose a wine from the Ukrainian producer. Your wine you can pick up after the end of the war in Ukraine.